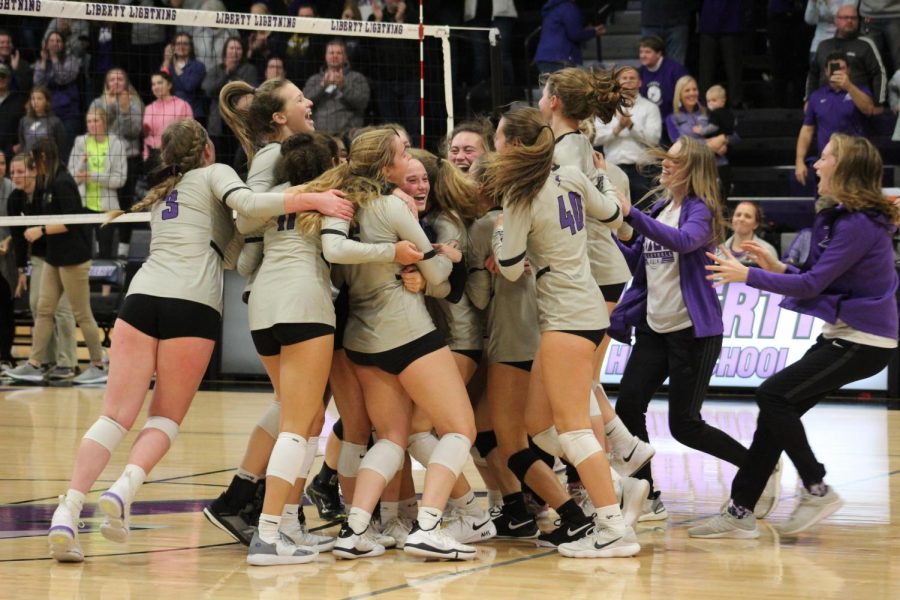 Liberty Volleyball has made huge gains from last year to this year. Last year, the Bolts went 19-15 for the year. This year, they are 34-2 on the season. The records alone speak for themselves, not to mention they are favorited to reach the finals at state. Their recent win over Dubuque Hempstead pushed them over the hump to make state. Hempstead gave Liberty an early scare going up 8-1, but Liberty battled back to win the set 25-21. Help from LeeAnn Potter, 12, and Sydney Woods, 10, who had multiple kills pushed the Bolts to a win in the first set. The second set was when Liberty took over. They had an early 15-3 lead and never looked back from; dominating the set with multiple aces from Addie Schmierer, Sydney Woods, LeeAnn Potter, and Rylee Fey, 12, winning the set 25-16. Liberty continued to dominate heading the third, ending the game on a 17-7 run capped off by Sydney Woods who had two kills to end the game. The Lightning, a 2 seed, will play at the US Cellular Center next Tuesday at noon where they will take on 7th seed Pleasant Valley.

“It’s really exciting to go to state with the team that has worked very hard, and worked for it, we all and one goal in mind and fought for it all season,” said Piper Koski, 12.