AI Umpires And Their Impact On The Game

A new change to the game of baseball is AI umpires. The Live Wire discusses the benefits and dangers of this new technology. 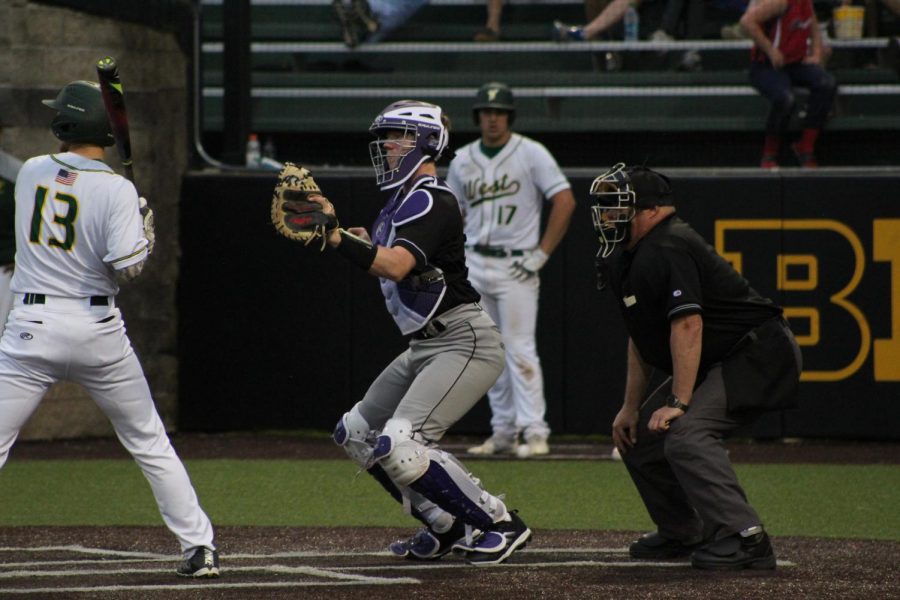 Catcher Sam Funke throws the ball during a game against West High.

There has been large controversy over the past years in Major League Baseball (MLB) on whether or not to switch to an artificial intelligence umpire. One call may change the course of the game. Without human error, this issue would be fixed. For the first time, the MLB will trial this form of officiating in spring training in this upcoming season. However, some people think that this ruins the authenticity of the game and will overall change the way the game is played.

In 2018, the MLB introduced replay review like the NFL or NBA does. The team’s general manager has the option to use one challenge in innings seven or later. On the Major League Baseball website, the rules are explained,

This means as long as the play in question is changed, you may challenge as many times as you want. However, if the play is not overturned, the manager loses his challenge for the rest of the game.

As technology becomes more advanced, the jobs of umpires becomes more in question due to costly mistakes. According to the University of Boston, MLB umpires missed a ball/strike call 20% of the time in 2018 which equates to around one out of five pitches. That would equate to 34,294 total missed calls in 2018. With AI, these mistakes would not be made and calls will be 100% perfect. However, mistakes are part of the game and a lot of players depend on them.

Tom Cronk, head coach of the boys varsity baseball, is fairly optimistic about the future of AI in baseball.

“I think it will help standardize the game, but I’m worried about [the] cost and losing personal feel to the game,” he said.

Cronk believes that having a consistent strike zone will help players prepare for games. However. he doesn’t believe the high school level will receive these AI umpires for a while.

“Having the same strike zone every game will enable players to better prepare for the game [in] both hitting and pitching,” Cronk explained. “After the tests and trials, it will get to professional baseball. I am not sure whether college baseball, particularly at lower levels, will be able to financially handle it and I will be very surprised to see it get to high school games during my career.”

Despite Cronk’s opinion, his team has some different things to say about the new rules. Tyler Dahm, senior and starting second baseman, has a different perspective as a participant in the game.

“I’m against [AI umpires] because it eliminates the human aspect of the game, and I think it will just create different types of problems to the game,” Dahm said.

It’s not only baseball that could be officiated by robots; many other sports could also switch to a technology based officiating crew.