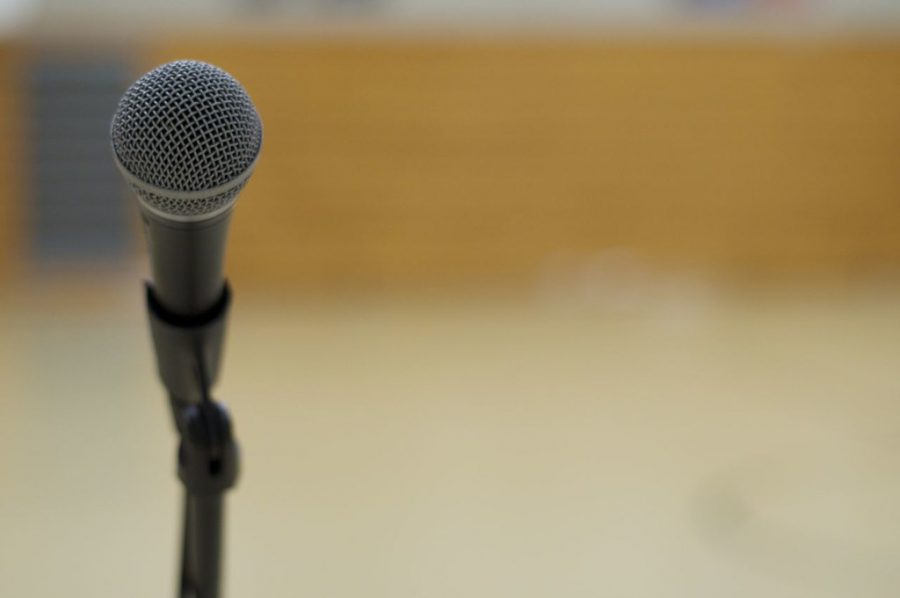 Last year, the Liberty Speech Team had nine of its 12 members qualify for the State competition. This success wasn’t without a few bumps along the way, though. Brad Borrison, the previous head coach, quit, leaving the team without a coach. Layne Sheetz, paraeducator, and Gabrielle Kouri, social studies teacher, stepped up to lead the team for the remainder of the season.

This year is yet another year of change for the team. Many of the original members and state qualifiers graduated in the spring, leaving the team with very few members. The biggest change is once again the head of the team — the coach.

Darien Robins, English teacher, is the new head coach of the team. This year, Robins is leading the team alone.

“This year it’s just me, though I have a strong network of support from fellow coaches around the state,” he said.

Though Robins is leading alone, he has a big vision for how he wants to lead the team.

“I am excited to start building a ‘large-group’ team for Liberty. ‘Large-group’ teams compete in a separate season before the ‘individual’ teams with events ranging from ensemble acting and musical theatre to short film and mime,” said Robins.

Speech isn’t only changing at Liberty this year. Last year, the Iowa High School Speech Association (IHSSA) was forced to go online for their state competition. This fall, two of their coaching events have been held online. Though no further information regarding COVID guidelines will be available until November 11, there is still a full season planned.

This lack of information has been a barrier to the beginning of the Liberty speech season this year.

¨[We haven’t been able to start practicing and preparing yet], though I desperately wish we could. At this time in a normal year, I’d already be working on characterization with my musical theatre students and building a one-act play set,” said Robins.

Though COVID hasn’t allowed speech to start, Robins has big plans for how speech will look when COVID rates allow for it to begin.

“This year, I want to focus on individuals because rehearsals will be so much easier to keep safe,” explained Robins. “Additionally, I hope to create more time for the individuals team to meet together via Zoom–whether it’s by analyzing professional performances together like a ‘movie-night,’ trying out a Zoom play script together, or workshopping each other before contests.  In the (post-pandemic) future, I hope to make large-group a priority for Liberty’s speech team.”

Despite COVID concerns, speech team members from previous years are looking forward to executing Robins’ new vision for them this year.

Aria Gonzalez, senior, has been on the speech team since last year. She was a qualifier for state after receiving a D1 ranking at the district competition. However, speech isn’t only about qualifying for her.

“I really [like] the competition and just doing something I [love],” said Gonzalez. “[My favorite part] was just working on my piece and slowly perfecting it.”

Gonzalez has hope for her senior year speech season but is also worried about how it may look different than years before.

“I believe Mr. Robins is leading speech this year, so I’m excited to see how it will turn out… I [am] nervous about how everything is going to work this year with all of the COVID stuff going on,” she expressed.

Alana Just, senior, shares Gonzalez’ excitement for speech this year. This will be Just’s second year on the team. For her, joining speech last year was more about learning an important life skill.

“[I joined speech] to improve my public speaking…[The biggest lesson I’ve learned is] learning to be comfortable in uncomfortable situations,” said Just.

Just is hopeful for her final high school speech season.

“I’m more excited [for this year] than nervous. Last year was a disappointing end to our season because State was all online. I’m hoping this year we can get a chance to have a full season,” she said.