Members of the Live Wire staff question why instances of sexual misconduct get swept under the rug. (Courtesy of Ashley Cunningham)

Members of the Live Wire staff question why instances of sexual misconduct get swept under the rug.

Why are the people that are supposed to protect children from sexual assault the same ones failing them?

In at least three school districts in Iowa in the past month, students who are reporting teachers, coaches, and other school staff to administrators for sexual misconduct are getting their reports seemingly swept under the rug. In some instances, said teachers had more than one student accusing them of inappropriate acts.

Many students, including a number of the Live Wire Staff, are wondering why this continues to be an issue in Iowa and where the disconnect lies between seeking to punish these predators to the harshest extent.

Peggy Dolson, English department, is a long-time educator and no stranger to situations where teachers have been accused of violating students. She explained an instance that happened when she was working at Hempstead High School in Dubuque. Concerned teachers came to the principal with accusations of the assistant principal’s relationships with some female students being inappropriate, and teachers felt those accusations were being ignored.

“An assistant principal was taking advantage of his relationships with female students,” said Dolson. “This is especially distressing to me because a security paraprofessional had brought her concerns to the school principal and was not heard. She resigned from her position because of this breach of faith. An English teacher also reported his suspicions to the principal; in each case, the administrator did not take appropriate action. Much later, the Dubuque police came to the school and arrested the assistant principal. After taking an Alford Plea, he served a prison term for his crime,” said Dolson.

Note that an Alford Plea is when a defendant does not plead innocent or guilty to the crime.

It is ethically wrong, not to mention illegal, to protect an institution’s reputation over the social, emotional health of its members.”

A situation similar to the one at Hempstead occurred at Excelsior Middle School in the Linn-Mar Community District. Robert Ortiz, a teacher at the school, had at least 15 students reporting him to administrators since his employment at the middle school in 2014. The “action” that administrators took was giving Ortiz written reprimands and counseling. Ortiz continued working at Excelsior until October of 2017 when he was put on paid administrative leave for sexually harassing a female student. The family agreed not to sue as long as Ortiz was not allowed back in the classroom. Ortiz officially resigned from his job in June of 2018 after another victim’s family ended up suing the district for not investigating Ortiz. The lawsuit was settled in 2020 for $125,000 going toward the victim.

In one of the more recent cases in Iowa, the Union School District is under fire for not doing anything with accusations that were reported by parents for three months. The Union School District administrators received parent concerns about emails being sent to female middle school students by teacher Mark Hookham in December of 2020. These concerns weren’t addressed or investigated until March of 2021, and the students continued to be in contact with Hookham until that time. Travis Fleshner, superintendent of Union School District, said his reasoning for a delayed reaction was lack of information. Hookham resigned shortly after the allegations were brought to light, and he will continue to be paid his salary for the remainder of the 2021 school year.

Hookham will also receive a $15,000 payout from the district, along with a promise from the district to only give future employers the dates of Hookham’s employment if contacted as a reference. This means that Hookham could potentially travel to another district to be hired, and the Union School District would not inform the district of the allegations that are against him. Since there are no official charges filed, the accusations would not show up in Hookham’s background check either. Through all of this, journalist Amanda Goodman was an advocate for these kids. She worked alongside the parents of the victims, and made many posts on Facebook to get the word of the district’s indifference out.

Dolson lent her opinion on allegations being ignored.

“I believe schools need to be transparent and take appropriate, legal, and swift action. It is ethically wrong, not to mention illegal, to protect an institution’s reputation over the social, emotional health of its members,” commented Dolson. “[When the assistant principal of Hempstead was arrested,] I think collectively, the staff thought ‘about time.’ We knew that at least two staff members had reported his misconduct and were waiting for action. We were angry and disheartened with the system. An investigation should have happened immediately. This predator should have been stopped with the first report.”

Dolson also explained the reason why some allegations have been ignored by administrators.

“Like any legal case, there must be evidence. I have also experienced a situation where a student lied about a teacher, basically ruining the teacher’s career before the truth was revealed. Administrators, like prosecutors, must thoroughly investigate allegations before action is taken,” said Dolson.

With so many teachers being accused of such crimes, there is the question of whether this is a problem in the workforce or if these teachers are just bad eggs in the system. According to the organization Stop Educator Sexual Abuse Misconduct & Exploitation (SESAME), a survey of children eighth through 11th grade showed that about 3.5 million students said they reported having had physical sexual contact from an adult (most often a teacher or coach). This number increased to 4.5 million students when it took other types of misconduct, such as being subjected to sexually explicit language, into consideration.

Dolson explained why she thinks teachers who abuse their power in this way are just a few bad eggs in the system and why she doesn’t consider sexual abuse a problem in the workforce.

“In the cases I am familiar with, these were ‘bad eggs’ in the system. The vast majority of school employees are here to serve students,” said Dolson. “Teaching is a vocation and an art; most teachers have a passion for helping students. [When it was found out that the situation at Hempstead was ignored,] did I voice my dismay and concern to administrators? Yes, I did.”

However, Dolson stressed the importance of being clear when bringing forward concerns to teachers or administrators.

“If a student has a true concern or complaint, they should tell a trusted person such as a parent/guardian or counselor,” said Dolson. “During that meeting, they should be explicit about the next step and state that they will follow up. This decreases the possibility of having the matter ‘swept under the rug’.”

While there have been no cases of teacher sexual misconduct at Liberty, there have been many cases in Iowa. In the Iowa City Community School District, Code No. 105 of the administrative guidelines, revised June 26, 2017, states that any “sexual overtures by a staff member to a student shall be investigated per the child abuse law in chapter 102 of the Iowa Department of Education administrative code.” This results in “grounds for discipline, including discharge of the staff member.” These guidelines also outline the process of investigation for concerns or evidence of harassment.

Code No. 105 also upholds that “[t]he District is committed to providing a safe and civil school environment in which all members of the school community are treated with dignity and respect.”

If you or a friend is being abused or assaulted by a teacher, reach out and get help. Talk to a guidance counselor, trusted teacher, administrator, Liberty’s SFAs, etc. Tell a friend who is comfortable with talking to adults and have them help you report. Try to limit contact with the adult that is abusing you, especially until another adult knows. Make sure to have another student with you at all times if you still have to be in contact with that adult. If you find yourself in a romantic entrapment with a teacher, remember that it is not okay, not normal, and not love. Most importantly, it is not your fault.

Links to each case in this article/alarming cases in Iowa 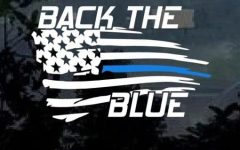 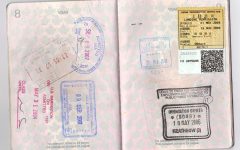 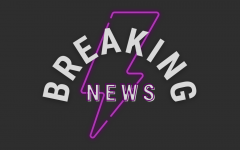 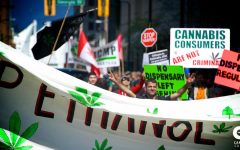 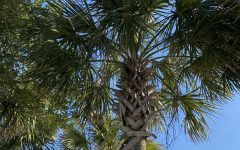 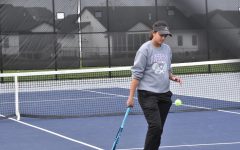 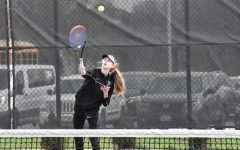 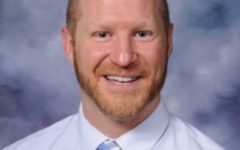