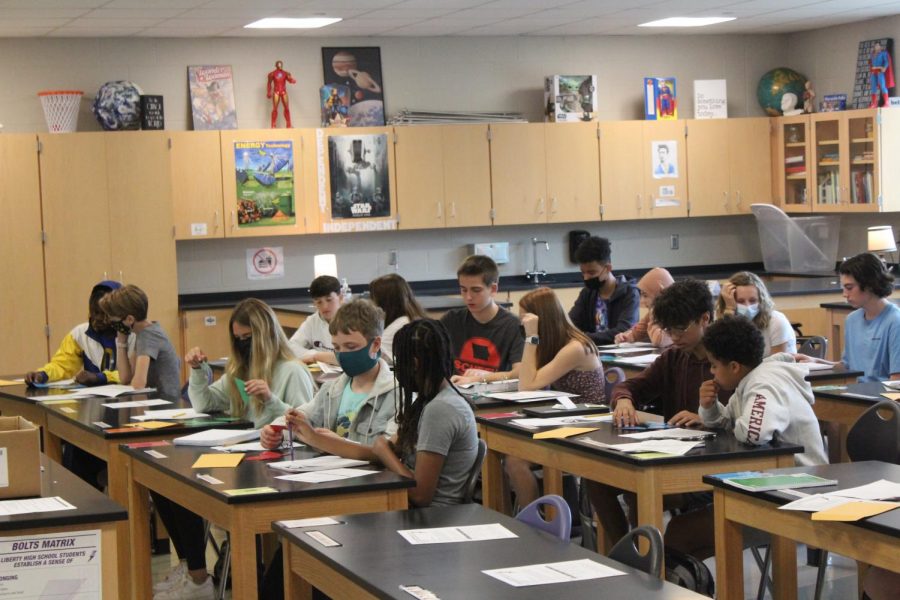 The Biden Administration launched an investigation into 5 states, including Iowa, that banned mask mandates in schools last week. This comes after a law Governor Kim Reynolds instilled at the end of last school year banning schools’ ability to require masks. As of September 10, children under the age of 12 are not eligible to get any vaccine against COVID-19, meaning that even elementary schools, where no kids are eligible for the vaccine, aren’t allowed to require masks.

The Biden Administration argues that “it discriminates against students with disabilities,” as it makes school an unsafe environment for immunocompromised children to attend, even if they are wearing masks. Right now, Iowa has an 8.9% positivity rate for COVID-19, with more than 29% of the positive cases coming from the 0-17 age group (more than any other age group). Some argue that wearing masks will impact children’s ability to learn and their social skills, while others think that wearing masks outweigh the potential issues that may come alongside it.

Nolan Crawford, senior,  wears a mask to school, but not for himself. He wears them to protect his high-risk friends and family. This is Crawford’s first year in the ICCSD as he was homeschooled last year after moving from Arizona. He believes that the ICCSD should require masks for all students and faculty throughout the district.

“I understand that people have their own opinions and want to make decisions for themselves, but I also think that last year when the masks were mandated we definitely saw the numbers go down a lot, and now with the Delta Variant I think it would be good to do [that] again,” said Crawford.

I understand that people have their own opinions and want to make decisions for themselves, but I also think that last year when the masks were mandated we definitely saw the numbers go down a lot, and now with the Delta Variant I think it would be good to do [that] again.”

Amelia Marquardt, freshman, only wears a mask in her crowded classes. Like Crawford, she also does it for her immunocompromised family and friends. Marquardt attended school in person last year and said that wearing masks didn’t greatly affect her school year socially or academically.

“[ICCSD] makes us do plenty of other stuff like dress codes so it seems unreasonable [to ban mask mandates],” said Marquardt.

Jack Funke, senior, does not wear a mask to school.

“I just struggle wearing a mask because I can’t really concentrate because I just focus on breathing,” said Funke.

Funke attended school in person last year and believes the ICCSD has loosened up on their restrictions surrounding the virus this year. He thinks that the ICCSD has done a great job contact tracing and notifying people who may have been exposed. When asked, Funke said that masks did not affect him academically and socially last year.

In a poll asking Liberty students if they wear masks, 53% said yes while 47% said no. As the numbers continue to rise in Iowa, more people have been wearing masks than over the summer when the case numbers were lower. Even with Liberty’s students varying opinions, they all still respect each other’s choices based on mask-wearing and in general.