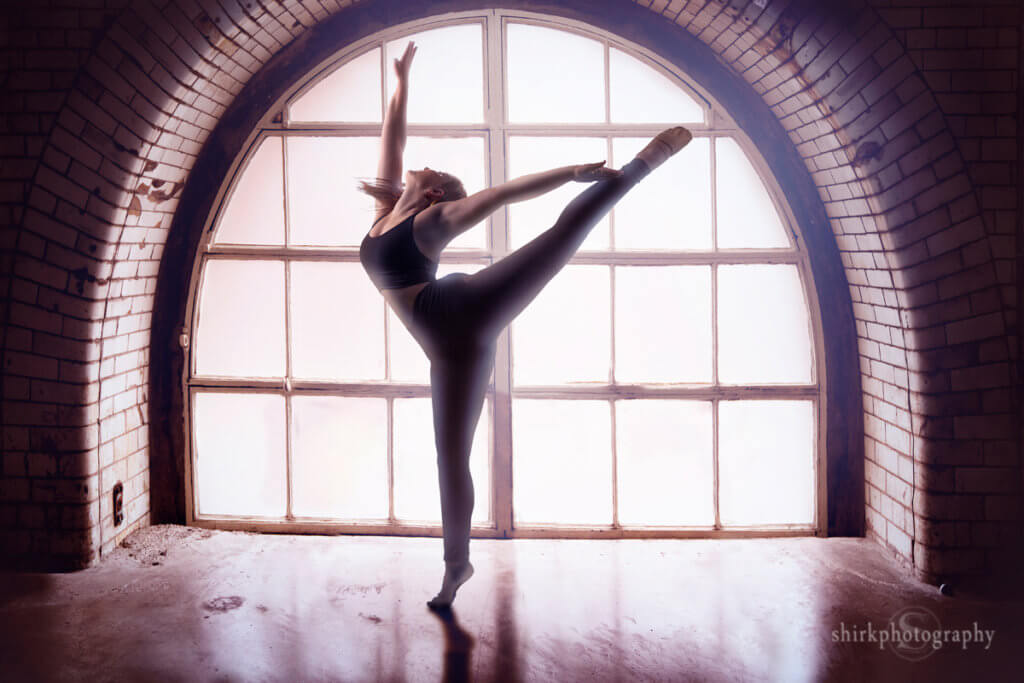 Image of Brooke dancing from her senior photo session with Shirk Photography.

Be A Light: The Legacy of Brooke Anne Langland

The community spread the message, “Be A Light”, in an attempt to continue her positive impact in the community, and to encourage others to follow in her footsteps. Something that many don’t know is the story behind this mantra, and how it came to be.

“Be A Light is her legacy, and honestly that fell out of the sky to us. Nobody planned it, nobody created that. It happened to be our jazz dance song and then Natalie Cargin said that it was her initials. Her initials were also the first thing that Mr. Morrison put on the screen when he found out. BAL went up instantly and then ‘Be A Light’ came into Natalie’s mind on Sunday shortly after we did the state dance. It’s neat that we have something like that to grasp onto. I can’t describe why, it just feels good,” explained Katie Melloy, head coach of the Liberty Varsity Dance Team.

Melloy coached Brooke all four years that she was on the dance team. Brooke was one of the founding members, as she began dancing on the team during the first year that Liberty was open.

“You can’t even put it [Brooke’s impact on the team] into words because it’s just so big,” furthered Melloy.

Josie Anderson, Liberty graduating class of 2019 and former teammate and friend of Brooke Langland, grew close to her when they were on the Liberty Dance Team together during Brooke’s freshman year.

“Brooke was hardworking and motivated to get things done,” said Anderson. “I look at videos of her dancing and I just miss it because she danced in her own way and it was beautiful in the way that it wasn’t similar to how anyone else danced.”

When asked about what she thinks of when reminded of Brooke, she responded with a single word.

After Brooke passed away, Anderson wanted to try and continue spreading Brooke’s positivity.

“I think Brooke was the type of person who wanted everyone to feel welcomed by her… I kind of learned a lot after she passed away that it is really important to be intentional with the friends I already have, because you never know when it’s going to be the last time you can see them. I think that’s what has completely changed me as a person is trying to listen more to others, and be more supportive. Like even just doing that is a way for me to keep her legacy alive in my own head, and it’s super cool because I can talk to any of my friends about her. Being able to show them a piece of her from inside of me is really special,” furthered Anderson.

She is often reminded of Brooke’s humor: a trait that many of her friends cherished about her.

“There are times that I’m reminded of her sense of humor and like it is very unique and her taste is very unique so like even just memories of that or the feeling of something being right up her alley of the joke she would make, or a dad joke reminds me of her,” commented Anderson.

Similar to Anderson, Maddy Ring, Liberty class of ‘21 and Liberty Varsity Dance Team member, tries to keep Brooke’s memory alive by talking about her with others.

“I don’t want anyone to be like ‘oh it’s a touchy subject’, like I even bring it up to my friends in college and they’re like ‘oh we never know how to respond’ and I’m just like ‘pretend that you know her’ like I will talk about her like everyone knows her,” said Ring. “It keeps her with us,” added Melloy.

Ring’s friendship with Brooke goes back many years, and they danced together on the Liberty Dance Team. Ring and Brooke were both members of the Liberty graduating class of 2021.

“The number one way she affected me was that she was always there to support me. She didn’t need to be there and she was always there to listen,” said Ring. “You always say it’s like the little things in life, and that’s like the biggest thing I can think of. Once someone was playing with their hair in class and it made me think of her. It’s just the little things that you don’t think about, and when it happens those are the best memories- when you’re just brought back to being with her.”

Maddy is grateful for all of the community support, and the spreading of the message “Be A Light”.

“It’s a huge gift and I feel like the legacy of support goes on and on and on. I think it’s so cool to see that, after everything that has happened, how the community supports each other and how the community has supported her family,” stated Ring.

Megan Ries, Liberty graduating class of 2020, danced with Brooke at National Dance Academy in Coralville, and was also on the Liberty Varsity Dance Team.

“We grew up doing dance competitions together which was so fun and we would prepare for weeks for those. Those weekends were always so exciting,” said Ries. “What I remember most about her is how goofy and weird she was because she never liked taking cute pictures and stuff- she always just wanted to have fun and was so light-hearted. She did her own thing and didn’t care what people thought.”

Another quality of Brooke’s was her humility. Despite her many accomplishments, she was never one to brag. Natalie Cargin, Liberty Dance Team alumni and member of the graduating class of 2020, was another close friend of Brooke’s who mentioned this quality specifically when asked about her attributes.

“Quiet confidence is what I think of when I think of her,” said Cargin.

When asked what her favorite memory of Brooke was, she responded with any time that she was fortunate enough to spend time with her.

“My favorite memory was probably of our sleepovers and just being able to spend time together was the best thing,” said Cargin.

Cargin wants people to remember Brooke for always being her authentic self.

“I want Brooke to be remembered by how we knew her. Just being herself,” said Cargin.

“I want her to be remembered as the light-hearted person she was, and how she never took anything too seriously. She was always such an encouraging person,” said Ries. “I think our mantra after everything happened is just ‘Be A Light’ so I feel like the impact she has left on me is to just continue to share her light with people and I always think about how I can positively impact people like she did.”

Anderson noted the impact that Brooke’s legacy has had on the team and the community.

“It takes a really incredible person to leave such an amazing legacy. It’s been a year but her legacy is still so clear and people still talk about it and the team still uses it. It takes an incredible human being to leave an impact like that that is going to be remembered forever,” said Anderson

Many of Brooke’s friends have said that they are reminded of her when they see a sunset.

“I have never thought sunsets were so beautiful until after she passed away. Now every sunset I’m like so amazed by it. The sunset has always been there but I had to choose to look at it- to sit in the glory of it and its beauty, and I feel like Brooke is the same way. She wasn’t the type of person who was gonna go and be the center of attention but once you got to know her and sat with her and talked with her it was this beautiful person who doesn’t know how amazing she is and is so humble,” said Anderson.

Whether or not you were fortunate enough to know Brooke personally, I encourage you to contribute to the Langland Family Be A Light Foundation. There are a plethora of ways you can contribute, such as contributing donations, volunteering, and more. Be sure to check out the following website: www.langlandbealight.org in order to find out more information.

I have heard the phrase “to know her was to love her” coined several times in reference to Brooke. I was fortunate to know Brooke, and she was truly a light to those around her. She is dearly missed by all that knew her, and by the entire Liberty community. If you weren’t fortunate enough to know her personally, I encourage you to do a kind act for someone today. The feeling that you get after helping someone else is the feeling that Brooke left with all that knew her. Love and warmth. 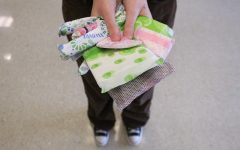 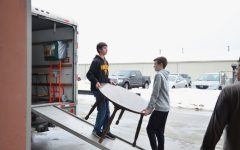 Houses Into Homes Makes an Impact 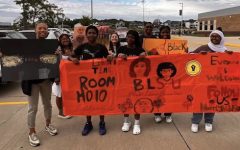 BLSU: Leaving Their Mark on Liberty 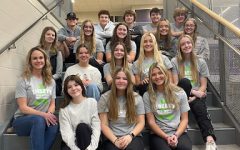 The You Matter Club 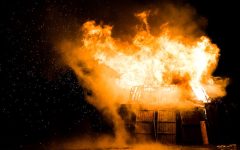 The Ashes of Shiloh 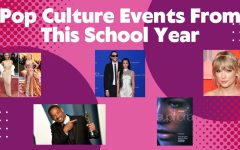 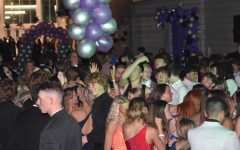 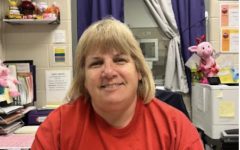 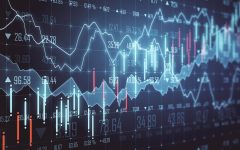 The Stock Market for Beginners 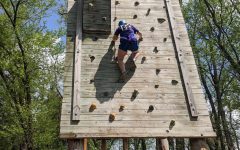